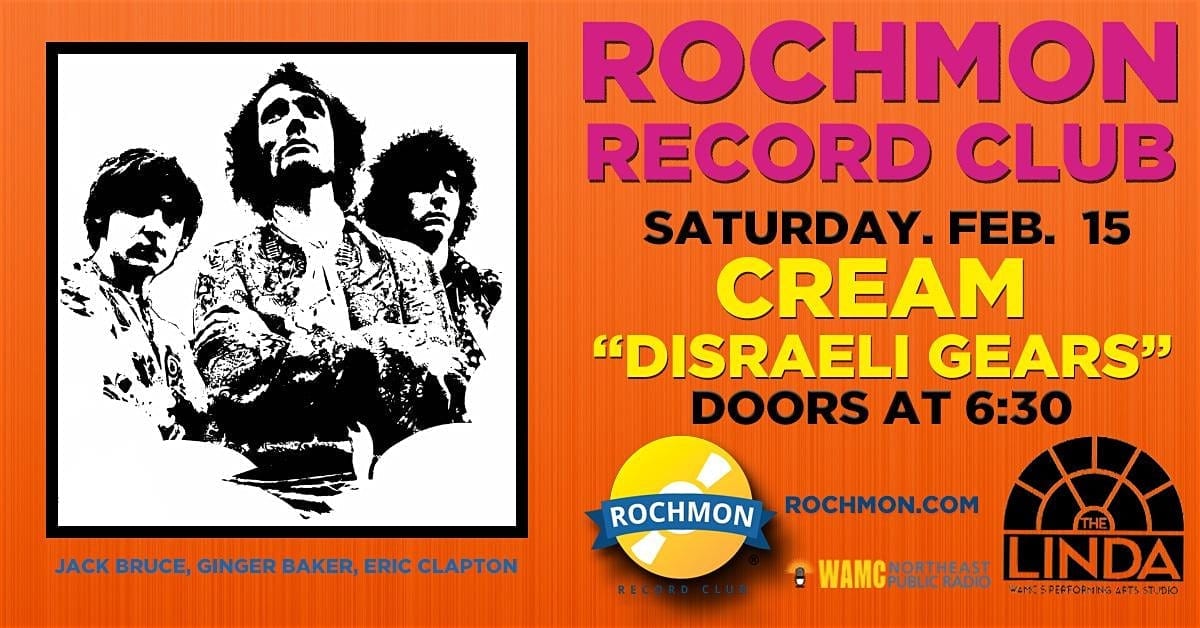 Saturday February 15 at 6:30 The Rochmon Record Club will converge to listen and learn about Cream’s 2nd album, “Disraeli Gears” at The Lind

The Cream “Disraeli Gears” Listening Party begins at 7:30 pm with a live audio & video presentation by Chuck Vosganian aka “Rochmon”. A Rochmon Record Club Listening Party is meant to inform and deepen our understanding of the history of the individual performers, songs and the stories that went into the making of this classic album. By listening together, we hear the music again for the first time. We’ll listen to “Disraeli Gears” on The Linda’s state of the art sound system.

The Linda’s kitchen will be open for light food and drinks. Tickets are available online at thelinda.org The Rochmon Record Club is presented by Universal Preservation Hall. The Rochmon Record Club is held on the 3rd Tuesday of the month at Universal Preservation Hall (universalpreservationhall.org) in Saratoga Springs and the last Thursday of the month at The Linda (thelinda.org) in Albany. Programming varies by location, please check websites for tickets and show information or go to Rochmon.com for more information.