Reelin’ In The Years – Celebrating The Music of Steely Dan 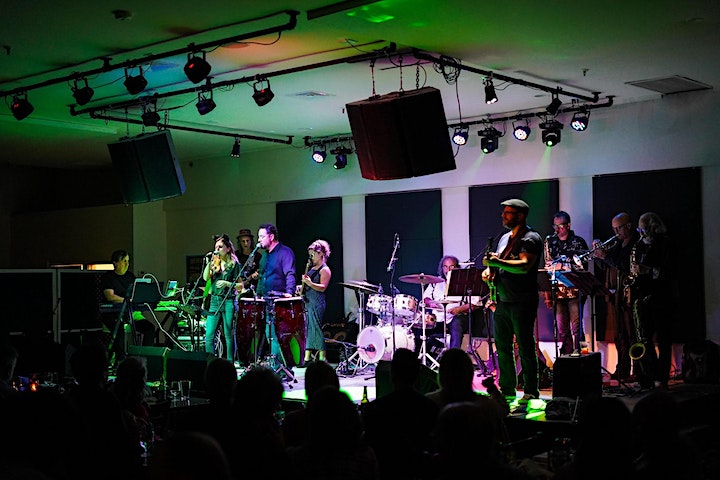 Comprised of world class touring and recording session musicians that reads like a who’s who in the music industry. Reelin’ in the Years will delight you with a night of top notch arrangements of Steely Dan’s timeless music.

Walter Becker and Donald Fagen met in 1968 at Bard College, just a half-hour down the road from Helsinki Hudson in Annandale-on-Hudson (which they would go on to commemorate in the Steely Dan hit, “My Old School”). The two then moved to Brooklyn, did various music-related jobs, and got a gig touring with Jay and the Americans for a year and a half.

By 1972, Becker and Fagen released the first Steely Dan album, and with its string of hits, including “Do It Again,” “Reelin’ in the Years,” and “Dirty Work,” the rest is rock ‘n’ roll history, with Steely Dan making some of the most beloved recordings of the 1970s. Becker and Fagen reunited in the 1990s and began a second act for Steely Dan, including a successful string of concert tours and new albums that continue to the present day.

Years ago, Donald Fagen settled down not far from Bard College, in the Bearsville section of Woodstock, and he has been a steady presence on the region’s music scene, playing a recurring role in Levon Helm’s Ramble. The Reelin’ in the Years tribute includes a coterie of Woodstock-area musicians, some of whom have performed with Steely Dan and Donald Fagen.

Many of our shows sell out well in advance. All sales are final; no refunds and no exchanges.

For General Admission shows, tables and seating in the club can be guaranteed only with a dinner reservation. General admission does not guarantee a seat.

Flash photography is prohibited. We are a 21+ club.

All event information is subject to change. Please check back before date of event. Late table reservations will be released once the show has started. Helsinki Hudson reserves the right to change ticketed sections without notice.