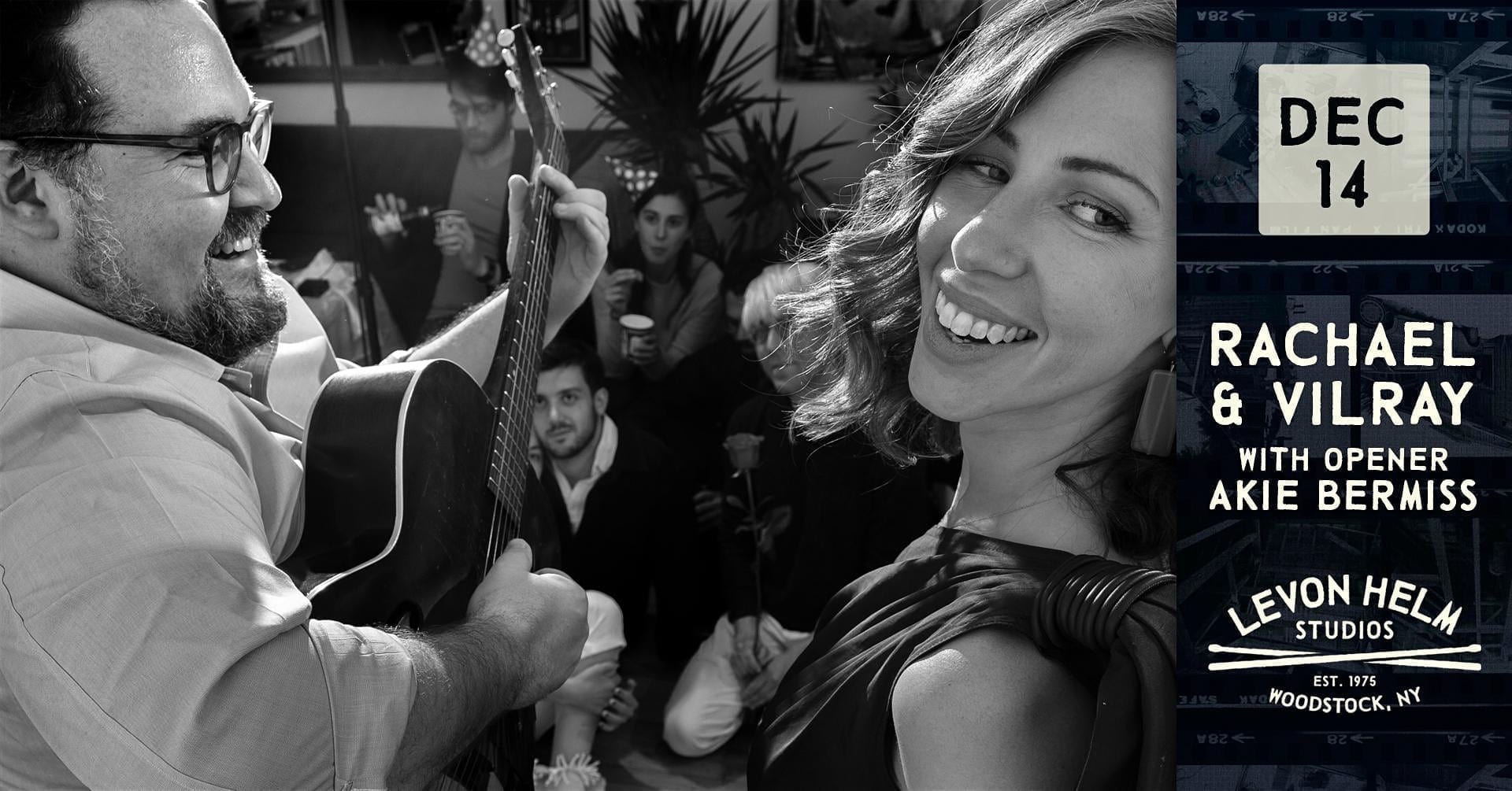 Rachael & Vilray feels like a rare old vinyl gem that a curious collector found hidden in the dusty bins of some second-hand record shop and decided to share with the world, an unearthed jazz-vocal treasure. Even if listeners are in on part of the secret and already know Rachael Price as lead vocalist of Lake Street Dive or as a frequent musical guest on NPR’s Live from Here, they will surely want to research these marvelous yet utterly unfamiliar songs she and guitarist-singer-composer Vilray (pronounced VILL-ree, no last name needed) perform together. These tunes seem to have been pulled from some hitherto undiscovered chapter of the American Songbook; one might assume that a little Googling will surely yield an intriguing provenance, a colorful story behind each of them.

There is indeed a story behind these songs and the formation of this gifted duo, one that is arguably even more fascinating than any lesson in obscure musical history, since ten out of these twelve tracks were written by Vilray himself, expressly for this project. (There are two vintage covers that fit in seamlessly with his work—Cuban composer Pedro Junco Jr.’s 1943 “Nosotros” and Milton Drake/Louis Atler’s “I Love the Way You’re Breaking My Heart, first popularized by one of Price’s idols, Peggy Lee.) Vilray is very much a contemporary composer who can truly evoke, not merely imitate, Tin Pan Alley tunes from the thirties and forties, a period that he and Price have both long been passionate about. These songs are truly transporting: One can easily believe they could have been plucked from the soundtrack of a Hollywood musical filmed in glorious black and white or from a now-forgotten Broadway show that briefly lit up the Great White Way. But the fact that they are utterly original makes them all the more impressive and even more delightful to hear.

The album is a dreamy, warm, inviting set from two good friends who share a unique sensibility as well as a mic. Though they recorded the album with Lake Street Dive pianist Akie Bermiss, a rhythm section, and a small complement of horns, the other players keep a discreet distance, never disrupting the intimacy of this enterprise. They do make room for guest star Jon Batiste to contribute a jaunty piano solo to “Go On Shining,” but otherwise it’s all about the playful vocal back and forth between Price and Vilray, with tempos that facilitate dancing cheek to cheek and lyrics that are sophisticated but never arch, by turns naughty and nice. There’s a sly wink to many of them, but the punchlines are always subtle. Vilray cleverly manages to quote Jean-Paul Sartre’s infamous “hell is other people” quip during the generally sunny “Alone At Last;” the narrator of “At Your Mother’s House” cheerfully threatens some amusingly diabolical revenge against a spurned lover. There’s a lot of period-appropriate referencing of romance, but the approach is more worldly-wise than starry-eyed. After all, the final track is called “There’s No True Love.”

Price and Vilray first met in 2003 as students at the New England Conservatory of Music. He formed a couple of bands with Price’s soon-to-be bandmates in Lake Street Dive, Mike Calabrese and Mike “McDuck” Olson. Even then, Price recalls, Vilray had a nimble mind and quick wit when it came to lyrics: “That’s when I knew Vilray was a good songwriter. They would do random clicks on Wikipedia and when they found something interesting, they would write a song about it—say, the cold-blooded rat of Somalia. Vilray was able to take any subject and write excellent poetry about it, funny rhymes, and he would sing the songs. I thought he was so good—he could just apply himself to anything.”

But at school, says Price, “I didn’t know that Vilray and I shared a love of this particular time period of jazz. It was all I liked to listen before I got there and everyone at school was listening to more avant garde, free stuff that I had yet to be exposed to. So I hid my love of traditional jazz music. I didn’t know then that he played it perfectly.”

It was more than a decade later that Price and Vilray began to collaborate. She’d been on the road a good part of each year with Lake Street Dive and he’d been developing his own solo act, just voice and guitar. Though Vilray had kept up with his composing after graduating from the conservatory, he’d fallen out of performing and playing his guitar. It wasn’t until he’d broken a finger at his day job that he realized what had been lacking in his creative life: “When I broke my hand, it changed things psychologically. That slapped me awake and made me realize I only had so long on planet Earth with ten fingers. A friend ran into me on the street when I was in the cast and said to me, ‘You seem really bummed.’ I talked to him a little bit about not playing guitar. He said, ‘I’m going to book you for a show a month or two after you are out of the cast so start thinking about the music now. Once you are out of the cast, you can reclaim that part of your life.’ So I played a couple of shows at this series he was running at Bar Below Rye in Williamsburg, and Rachael came to one of them.”

That was in 2015. Price remembers that night vividly: “It was a very moving show. I think everybody in the bar that night felt it. There was dead silence while Vilray was playing. It may have been one of the best sets I’d seen, a perfect night of music. It really tugged at my heart because I missed singing this style of music. I had never really even performed it, even though I was a jazz singer. My repertoire was from even a bit later, fifties and sixties-style arrangements. But I was obsessed with the big band singers of the thirties and forties. I asked Vilray if he would let me do that gig with him—‘Can I sing with you next time at this bar?’ And then he gave me one of his songs to learn. That was the first time, the first gig we did, that we had one original. But he wanted me to make sure not to tell the audience it was original, he wanted to see if it would pass. And of course it did. No one knew it wasn’t just a standard of that time. That got the ball rolling for him on the writing from that point forward. He started sending me songs constantly. We quickly went from peppering in his songs and performing a lot of obscure songs from the thirties and forties to all Vilray songs. Which gave the project a whole different feel.

“It took us a little bit of time to get into the studio but I’m glad that we waited,” Price continues. “We tried to make a few recordings a year in, but we realized there was a lot of sonic discovery that needed to be addressed, a lot of thinking about how these songs really needed to sound. That could be done so much better after we’d toured a couple of times and played the songs in lots of different ways and lots of different tempos and saw how audiences laughed, reacted. That was an important part of the process.”

On stage, Vilray and Price share a mic and Vilray plays guitar. In the studio, they expanded their sound with the help of keyboardist Bermiss, bassist Tony Scherr, drummer Jason Burger, and a horn section arranged by their friend Jacob Rex Zimmerman. Dan Knobler, who’d been behind the board for Lake Street Dive’s Free Yourself Up, came on as producer and engineer. After a day of rehearsal, the players gathered at the relatively small Figure 8 in Brooklyn for what would be a week of basically live-in-in-the-studio sessions.

“A hat tip is deserved in the direction of Dan Knobler, the producer,” notes Vilray. “It was his vision to have it largely a live recording. We didn’t only have a rhythm section or a horn section in the room; we were all together recording, nobody in a booth. That’s a dangerous way to play—you can’t say, ‘Let’s take out the drums and re-record ‘em.’ But it lends itself to a classic energy that’s absent on a lot of jazz and pop recordings these days because it’s safer to do it the other way, where you lay down a guitar track, a basic vocal, and build around it. As a result, for example, a song like ‘At Your Mother’s House’ sounds like an early Louis Jordan rock and roll-jazz hybrid thing. There’s an intimate energy to the record that’s largely thanks to Dan and Jacob, who wrote all the horn parts so authentically. “

“There’s probably a few more instruments present than you may realize,” adds Price. “And that’s because of the way it’s recorded. Besides the vocals, nothing is that in your face, it’s just there lightly supporting. And that’s a lot about what this recording is about. Dan captured that really well.”

With Rachael & Vilray, the duo adds a new chapter to the American Songbook, an opportunity to hear tomorrow’s standards today. 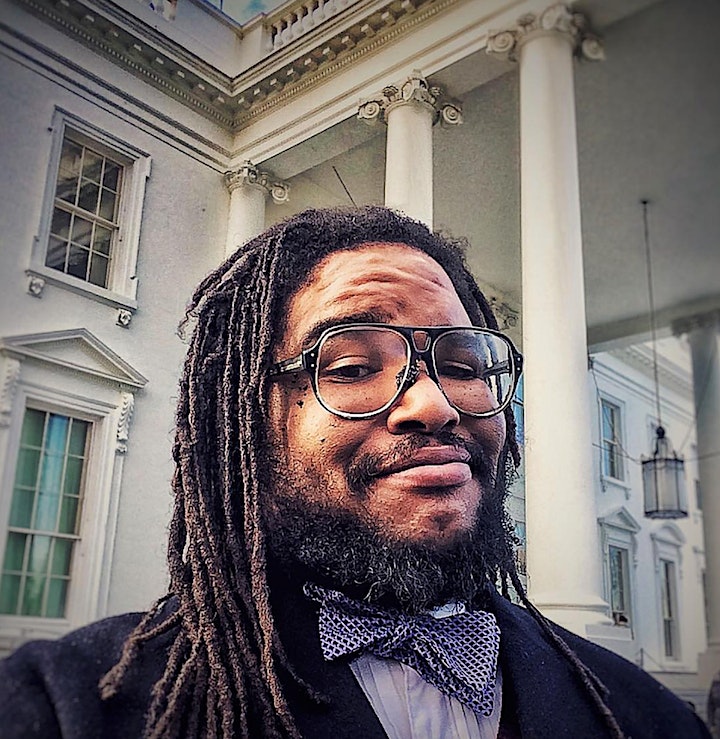 Akie Bermiss with his affable disposition, glasses, and healthy do of cascading dreads that drape down to his shoulders, is unabashedly a self-professed nerd to the nth degree. Since early childhood Akie has been an obsessed science fiction aficionado. Yet he does have an artist-friendly façade and has managed to cultivate and live a double-life as a thriving music protégé, pianist, singer/songwriter, composer, arranger and emerging solo artist. Akie kicked off his 2017 touring schedule playing keyboards and providing backing vocals for veteran indie multi-genre band Lake Street Dive’s national concert tour in support of their latest CD, “Side Pony.” The tour was very exciting and included an opening spot in Aspen for Hall & Oates!

Akie is a Brooklyn native raised in a musical household full of jazz and politics fueled by his former- activist mom and dad. He began singing in church, moved it to school for a while, enroute becoming somewhat of a musical chameleon. His raucous, guttural and soulful vocals are a delectable fusion of Donny Hathaway and Tom Waits. He’s equally adept singing neo-soul, funk, contemporary jazz, alternative rock, and hip hop. Over the past half a dozen years, he has become a visible contributor to the fertile Brooklyn music scene as a musician, songwriter or featured vocalist with a collective of upstart groups such as; FutureSoul band Aabaraki, the Screaming Headless Torsos, Miri Ben-Ari (the Hip Hop Violinist) and Rap sensation Soul Khan. He also birthed the Akie Bermiss Trio, independently released his first self-titled solo EP (via Rockwood Records in 2014) and continues to mine a loyal fan base performing frequently at cutting edge venues like Rockwood Music Hall, The Falcon, BAM Cafe and The Apollo Cafe, among others.

Akie cut his teeth in music the old-fashioned way; he went to college and earned a degree in music composition at Bard College, a reputable liberal arts college located in the Annandale-on-Hudson hamlet in upstate New York. While there he also studied American Music (read: Tin Pan Alley, Broadway musicals and jazz) and writing (read: wrote some bad poetry and called it good). To his friends, he is considered a musical snob of the highest order; to his enemies — a musical charlatan of the basest variety. Among other things he is also the author of a children’s book (“I Hate to Be Sick” — out on Scholastic), a lover of science fiction and fantasy novels, a huge fan of cigars, and he takes his bourbon: neat.