An event every day that begins at 7:00 pm, repeating indefinitely 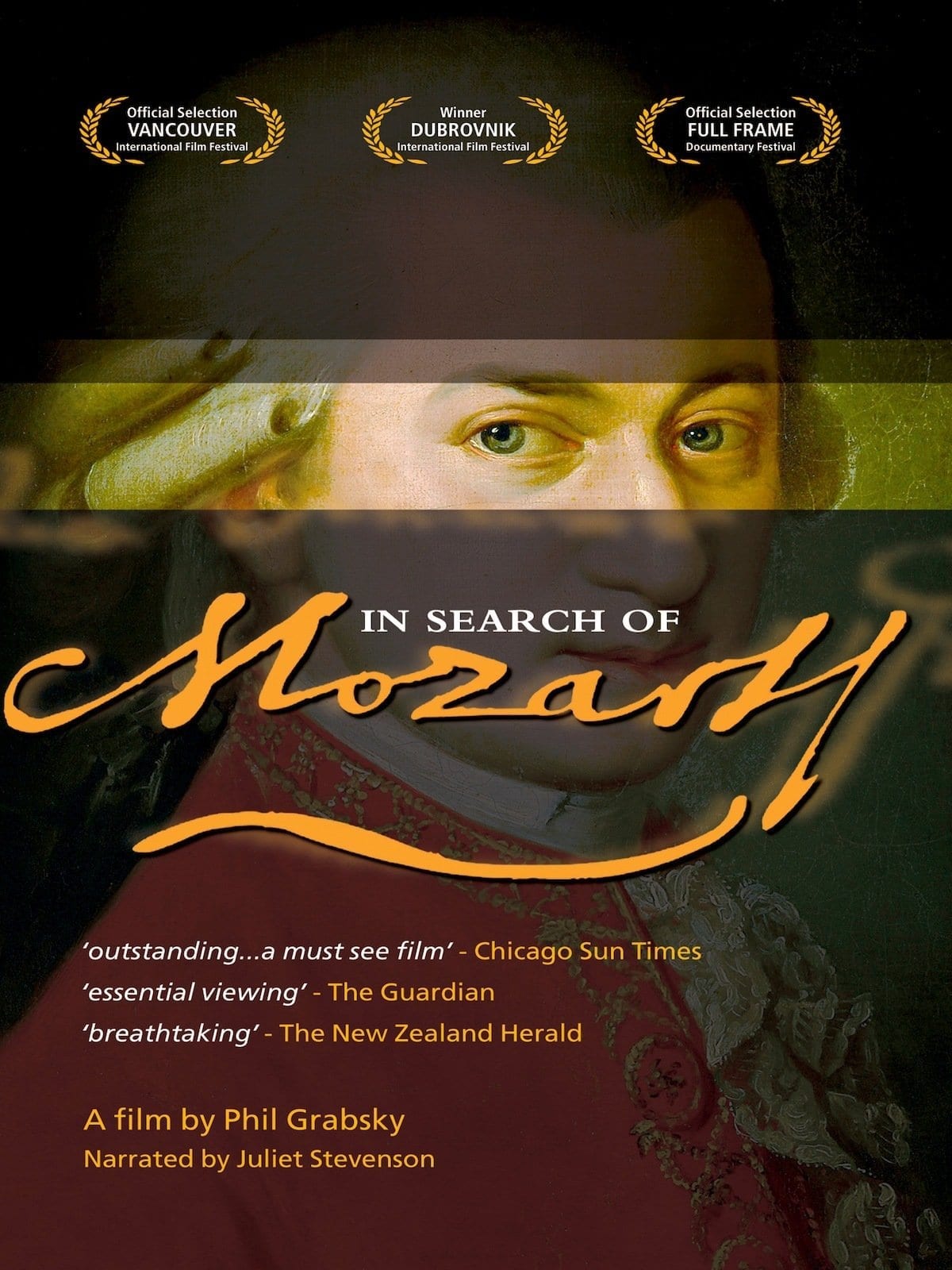 No more important, or beautifully filmed documentary about Mozart’s life and music has emerged than Phil Grabsky’s ‘In Search of Mozart’ – Chicago Tribune

In Search of Mozart traces the composer’s life through his music and extensive correspondence. From K1a to K626 (Requiem), over 80 works are featured in chronological order, revealing striking parallels between the music and Mozart’s own experiences. Dispelling many of the common myths about his genius, health, relationships, death and character, an image of Mozart is presented that is very different from Milos Forman’s Amadeus. Frans Bruggen’s Orchestra of 18th Century and Ronald Brautigam perform much of the orchestral repertoire, but this film also includes live performances from the Vienna Philharmonic, Norwegian Chamber Orchestra, Academy of St Martin in the Fields, Salzburg Camerata, Bayerischen Rundfunks, Concerto Köln, Netherlands Opera, Staatskapelle Berlin and Prague Estates Theatre. Not rated. 129 minutes.