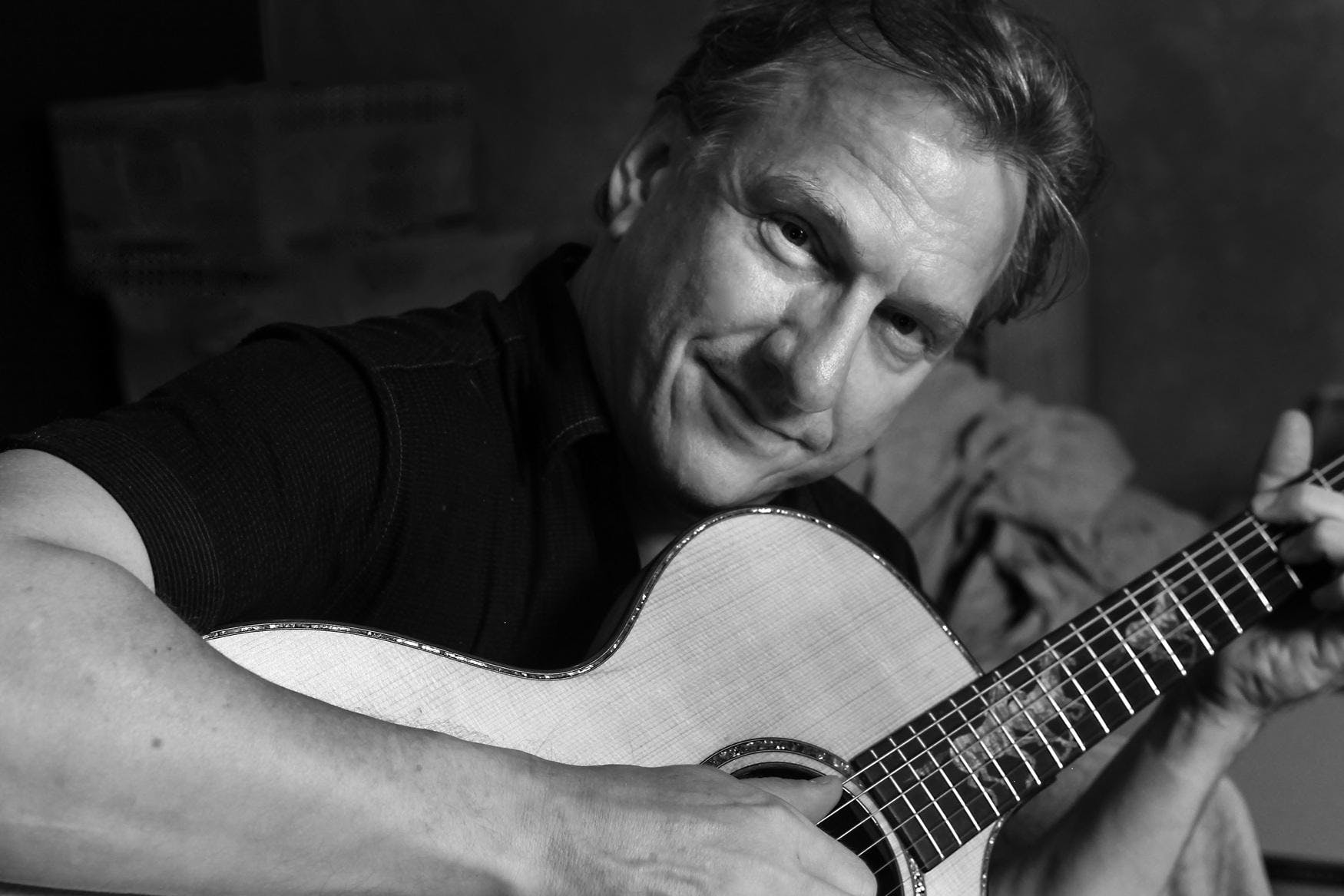 Tonight we are celebrating the release of Ellis’ 20th album, The Storytellers Suitcase.

Ellis Paul’s engaging conversational style turns a roomful of fans into a roomful of friends. He sings touching and tender stories that meld soaring pop melodies with lyrics that carry the storytelling tradition of Woody Guthrie and Pete Seeger into today’s world. Every song has a moment that leaves you craving repeated listens. Ellis has been honored with an unprecedented fourteen Boston Music Awards. His shows are inspiring and intimate, full of wonder and whimsy, and two straight hours of beautiful songs.

Tonight we are celebrating the release of Ellis’ 20th album, The Storytellers Suitcase. Ellis has been recently battling a disease called Dupuytren’s Syndrome, which folds the fingers shut and makes it difficult for him to play piano or guitar. Where many artists might be tempted to deliver an album of stripped-down basics at such a moment in their life, Paul has instead surrounded himself with a lush band of supporting players: Hammond B3 organ, 12-string electric guitar, harp, mandolin, fiddle, and vocal harmonies. The result is a warm, robust collection that digs into the push-pull of relationships, reminiscing, grappling with mortality, hope, regret, and what it all means.