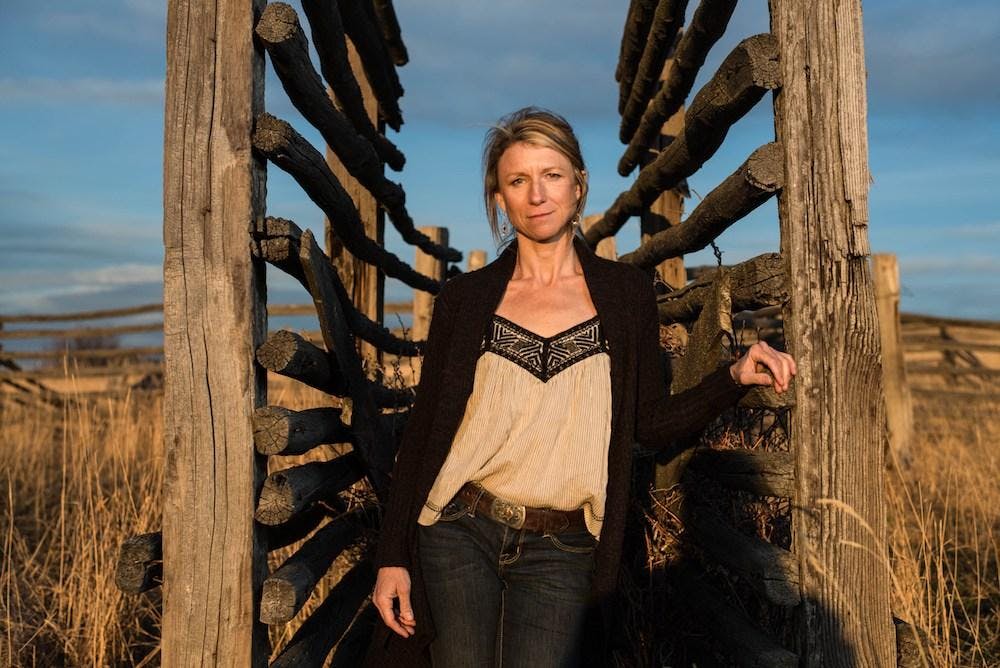 From Montana to Levon Helm’s barn to our BarN: the amazing off-the-grid roots duo Martha Scanlan and Jon Neufeld are coming to Williamstown August 18!

Martha Scanlan first gained national attention with the band Reeltime Travelers on TBone Burnett’s soundtrack for Cold Mountain. Her first solo album, The West Was Burning, featuring Dirk Powell, Amy and Levon Helm, was heralded as an instant classic, one of those rare albums that defies genre and generation.

Since then she has written and recorded two more iconic albums, collaborated and shared the stage with a variety of roots heros ranging from Alison Krauss, Emmy Lou Harris and Ralph Stanley to Blind Pilot and the Decemberists. In Williamstown, she will be accompanied by Jon Neufeld of Black Prairie.

Her song Little Bird Of Heaven was the centerpiece of celebrated American author Joyce Carol Oates novel by the same name. All of this while inhabiting and writing from some of Montana’s most remote landscapes and years spent cowboying on a 120-year-old family cattle ranch.

The River And The Light, her October 2018 album on Rock Ridge Records, presents some of her finest writing yet, and what has earned her the loyal cult following that seems to be steadily growing in spite of, or perhaps because of, her tendency to spend time off the grid rather than on it.