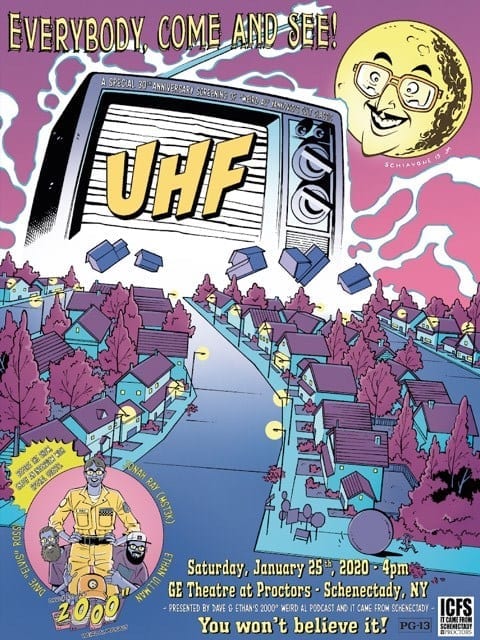 In addition to being the most recent host of MST3K, Jonah Ray is known for his series on Comedy Central, numerous TV appearances, for co-hosting Chris Hardwick’s “Nerdist” podcast, and of course, his love for Weird Al & UHF!

The interview portion of the event will be conducted by the hosts of the definitive Weird Al podcast, Dave & Ethan’s 2000″ Weird Al Podcast! Audience members will have an opportunity to submit their questions before the show.

Currently celebrating it’s 30th Anniversary, the 1989 cult comedy film UHF was both written by – and stars – “Weird Al” Yankovic! And, of course, no screening of UHF would be complete without Twinkie Wiener Sandwiches and Yank-a-ritas at the bar!

And after the event – be sure to catch Jonah Ray headlining Pretty Much the Best Comedy Show – also at Proctors!